THE FUNDRAISING EVENTS WE WERE ABLE TO DO IN 2020….

For more information on these programs, and to make a lunch reservation, call the Lake Oswego Adult Community Center; 503-635-3758, or email;
accfrontdesk@ci.oswego.or.us

For information or questions regarding contributions to Lake Oswego Meals on Wheels, click on the following form link:  Contact Form
-OR-
To make a donation, click 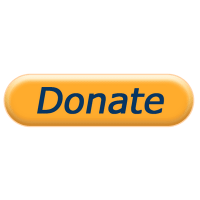 The Wine Event on September 19 and 22, 2020, was an amazing
success. When we learned it was possible to get as much as 100
cases of wine donated to LOMOW we thought we could offer
wine for donations of $500 or $250. We sent hundreds of emails
to our dedicated donors, businesses, friends and attendees of our
past events. We ended up amassing 72 cases of wine and all 72
cases were given away either by the case or 1/2 case; it was
SOLD OUT ahead of the deadline. The wine was distributed via
a drive – by event at the ACC in Lake O. The donors were
thrilled to get a nice gift for their generous donations at a safe
exchange.
We received contributions of 37,500!!! The only expenses
incurred were printing costs and our thank you ad which ran in
the LO Review. Director’s Mortgage donated the six pack wine
boxes which were easy to fill and load into the cars. Our board
member, very influential in the Willamette Valley Wine Growers
Association procured all of the wine at no cost to LOMOW and
the wine selection was fabulous!
The other two fundraisers we were able to do last year were the
New Season’s October Event and the October month long
restaurant participation event. Because the pandemic restricted
us from being in the New Season Market to ask for
contributions, the store offered to their employees the
opportunity to earn community volunteer hours to work for us.
It was a great compromise as the employees handed out the
cards promoting our meals on wheels program, citing the critical
need and suggesting a donation at grocery check out. They were
able to use community volunteer hours so they were paid to
preform this service. We did not make us much as we normally
do at this fundraiser but were delighted to net 5,000.
The city supported October Meals on Wheels Month is a
collaboration between Lake Oswego Meals on Wheels and local
area restaurants. We recruit restaurants to encourage their
patrons to contribute to LOMOW by adding an amount or a
percentage when paying their check. These funds are deposited
at the end of the month and some restaurants have gone so far as
to match what their patrons have donated up to a specified
amount. This last year the total amount raised was slightly under
5,000. Since many locations were closed for much of the month
or only able to offer take out meals the revenue was less than in
previous years but we were none the less delighted with the
result. __ restaurants participated.
We can say that across the board people were generous and more
than willing to participate whenever they had the opportunity to
help the meals on wheels effort in Lake Oswego.
Aside from actual fundraisers, donations and contributions from
individuals, organizations, businesses, foundations and
sustaining monthly donations increased during the course of the
year in comparison to previous years. I think this was because
many people, businesses, organization and foundations were
poised to contribute more due to the dire situation facing so
many people especially those with food insecurity